Well who agrees with me, Summer went so fast… One minute my children were finishing school and we were all looking forward to switching off our alarms and laying in bed in the mornings with no real plans for the day, then just like that it’s August, back to alarms as Heat Week kicked off, then early morning soccer practice every day, followed by thoughts of school buses, school supplies and back to school haircuts. 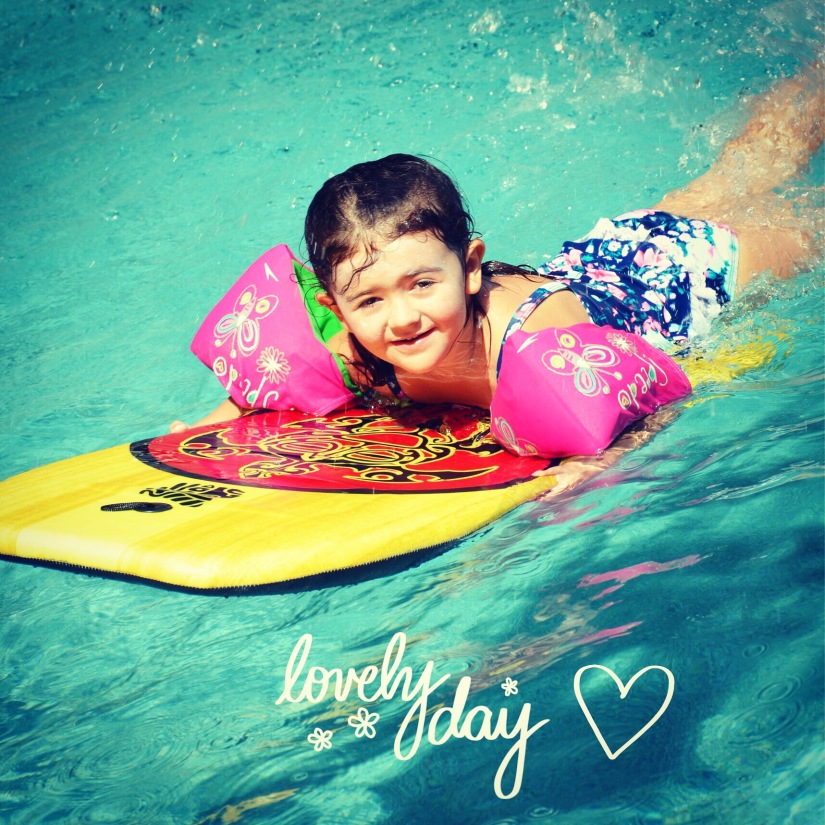 Summer for us always begins early, we are so lucky to have good friends with a beautiful pool… Once the weather turns and Spring is in full bloom, we are in the pool, and this has become over the years a big part of our Summer fun.  We usually visit two or three times a week, sometimes we stay for a BBQ too, but this year it’s been much more difficult to juggle with our kitchen renovation, we’ve managed it somehow and it has been so worth it, Florrie is now swimming without her armbands and Tate has gained so much confidence it’s crazy, he loves jumping in now and going under, it’s a pleasure to watch them. 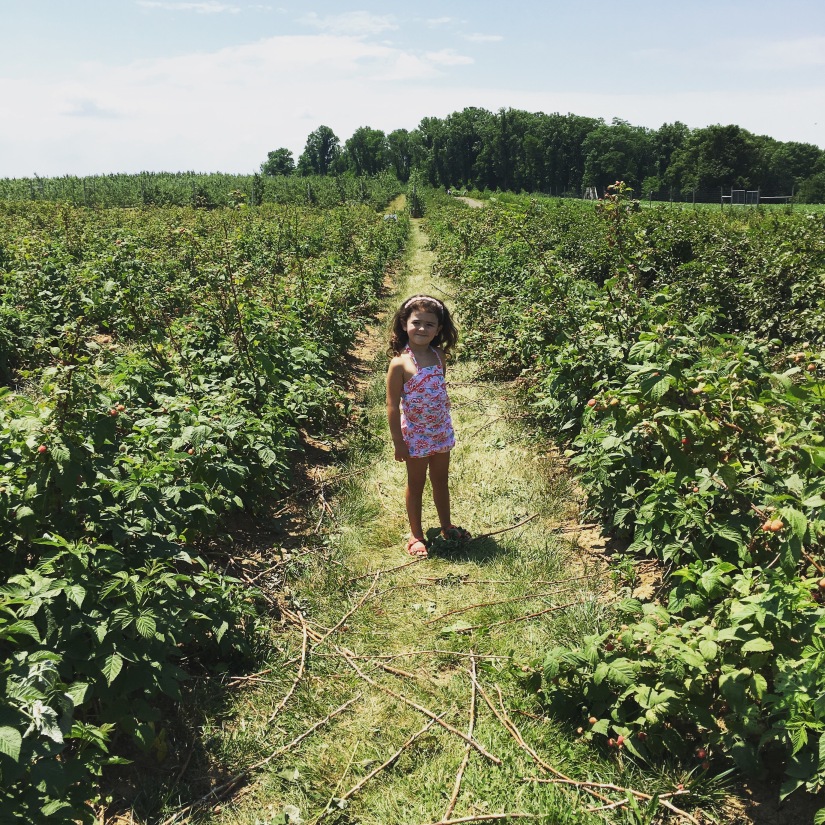 We kicked off our Summer with some fruit picking at a local farm, it was a hot and dusty day, but we all had fun, ate way too many raspberries and Florrie discovered she loved fresh peas straight out of the pod… This made me very happy. 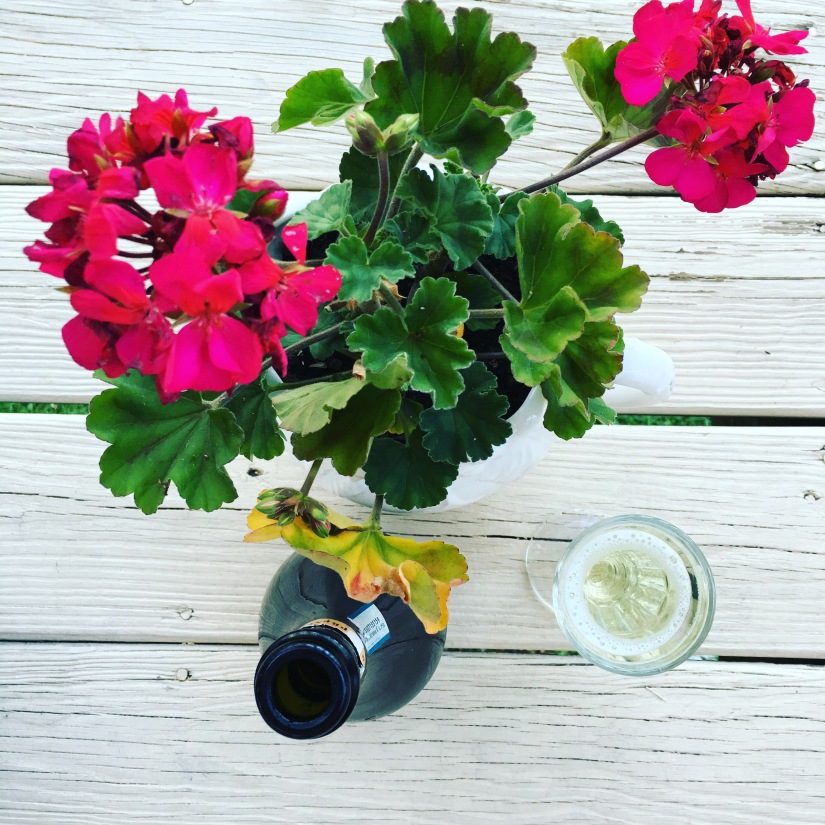 When we arrived in England earlier this year we discovered everyone was drinking Prosecco, what? It had become a craze, and I’m not going to lie we thought it was crazy, but as in all crazes we got hooked on our return home, this Summer has become a Summer of drinking Prosecco on the deck, with no kitchen to speak of we have grilled and grilled on our brand new BBQ and drunk copious bottles of Prosecco. We Spent our Fourth of July at our friends pool, we had a BBQ too, then grabbed our suitcases and caught our late flight Down to Jacksonville, Florida for our 10 day vacation.  First stop the beautiful town of Saint Augustine, it was VERY hot, extremely picturesque and so busy, but we had a fantastic time, our condo was beautiful, the pool was warm and it was so much fun to swim every evening before dinner.  Next stop a flying visit to Daytona Beach on our way to Orlando, home to the Happiest place on earth… Disney World, it was extremely hot 103f, extremely busy but it was so magical to watch Florrie and Tate’s faces take in the whole experience that is Disney.  The first of our two days in Orlando was spent in Magic Kingdom and the second was spent in a slightly quieter Hollywood Studios, both very full long days, two days was more than enough time for me in theme parks, next year I’m taking a year off from them completely. 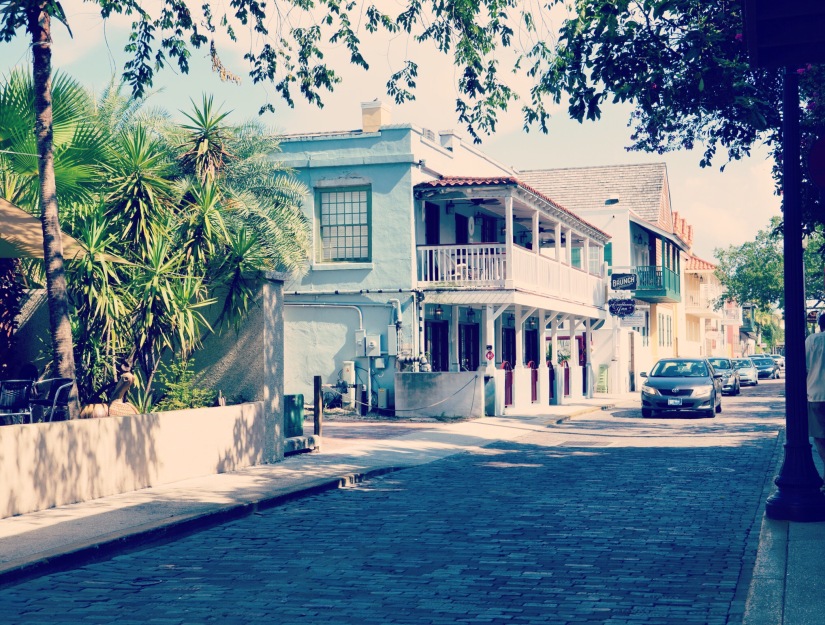 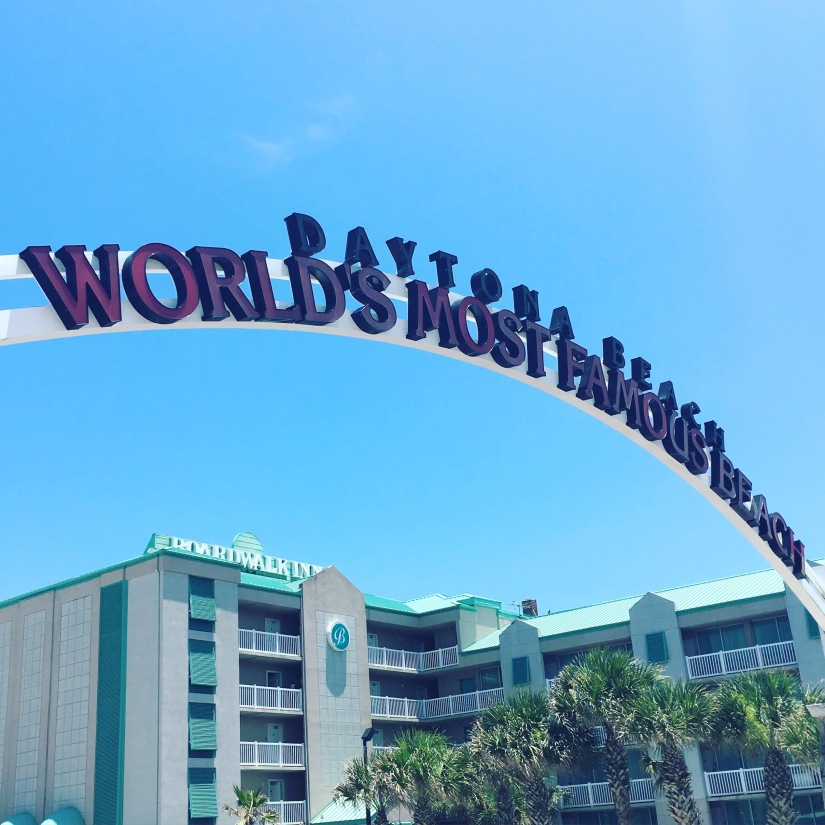 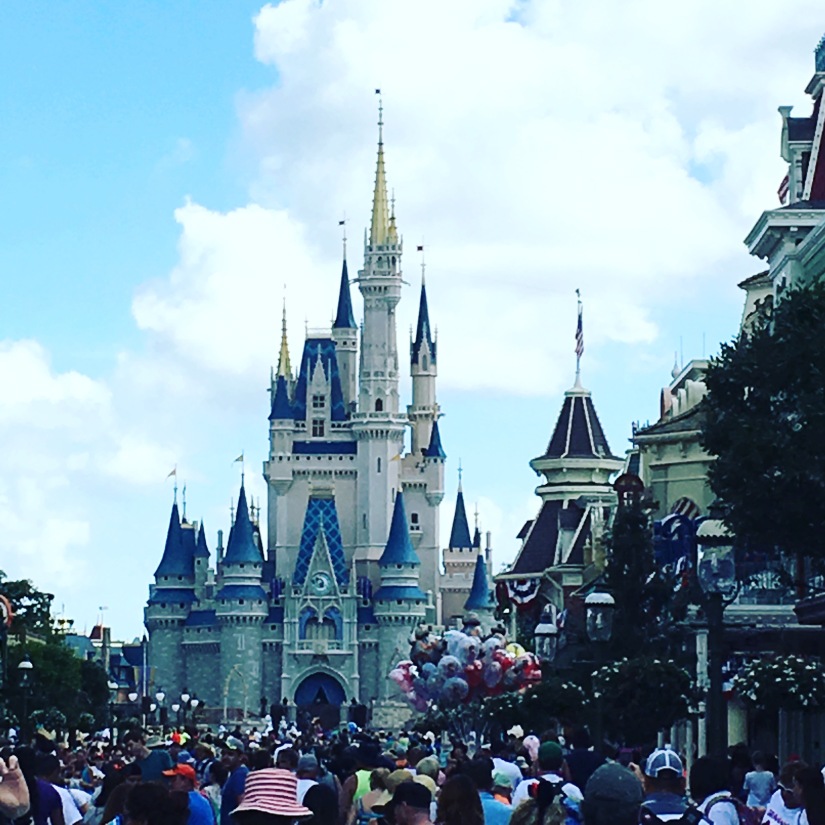 On our return from Florida the kitchen renovation kicked up a notch, permits were attained and contractors began to arrive, also Summer Birthday Season began with Jordan’s 26th celebration, a quiet one at home, followed by Farrel’s 22nd, Mabel’s 15th and Blu’s 17th Birthdays.  Farrel was flying to Arizona on his special day, so we had a Birthday Starbucks for breakfast before he left, then Both Mabel and Blu had soccer practice on their Birthdays so we celebrated around the coming and going that is August Soccer, Mabel with Hibachi and Blu with smokin BBQ.  Mabels friends also organized a surprise Beach party for her, which of course involved some parent help too… The sun shone, Mabel was totally surprised and had a fantastic time. 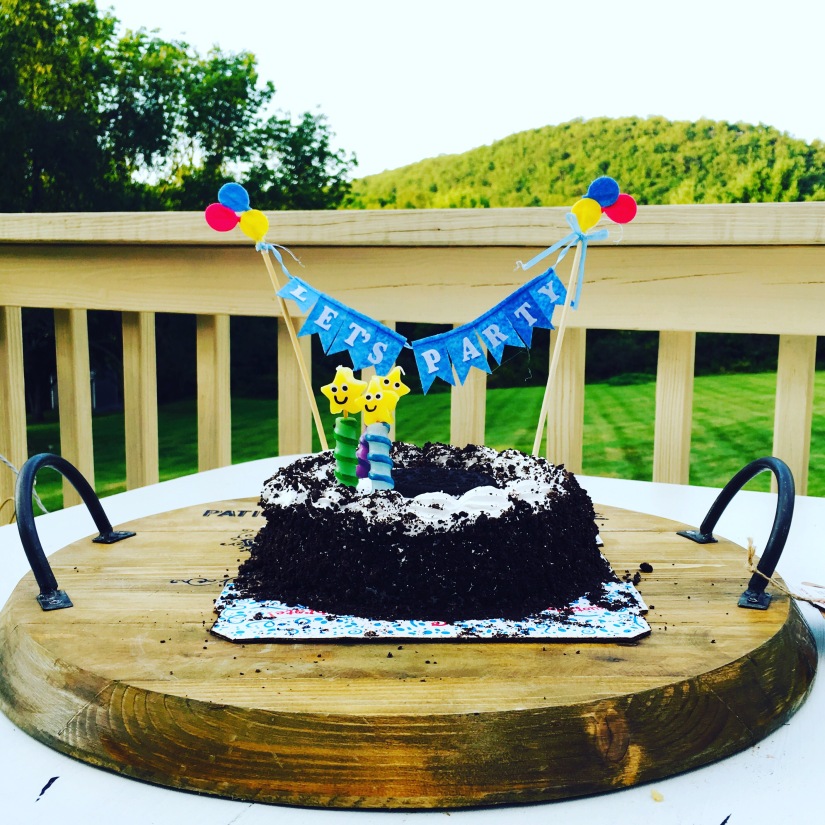 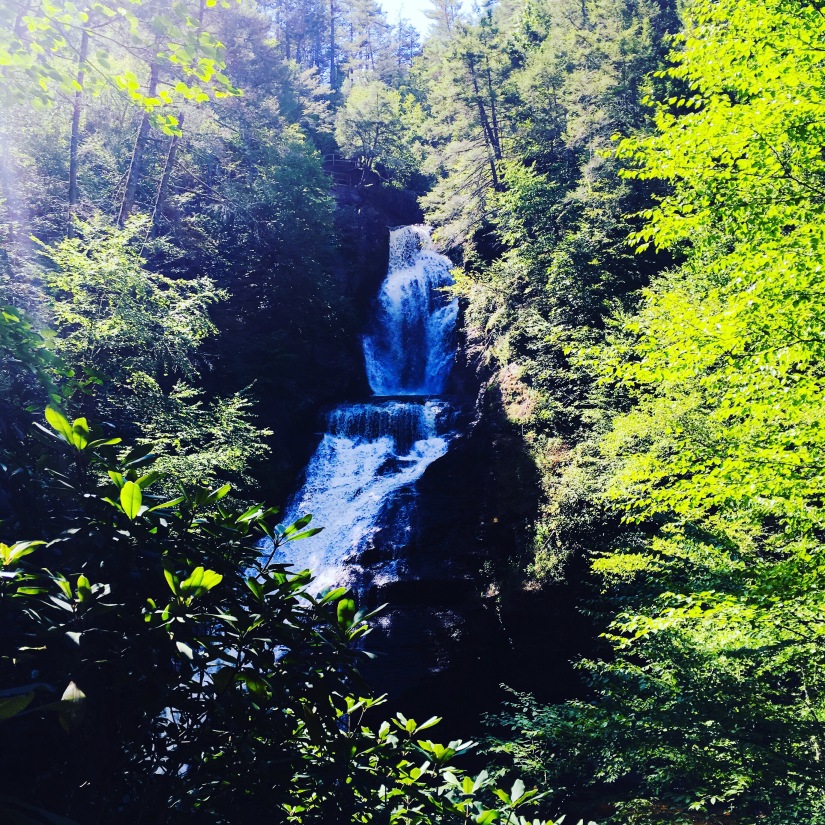 The first week in August came and it meant that my Mum was going home, with kitchen contractors in most days it was difficult to get out and make the most of her last few days here.  We did manage an afternoon at Dingmans Falls, it was a beautiful stroll through cool woodland, the Falls were relaxing to say the least.  The first weekend of August was Lumineers weekend, 6 tickets were purchased for the Stone Pony concert arena in Asbury Park, our car was loaded with beach stuff and people, the day did not disappoint even though we got absolutely soaking wet when a short heavy storm came in. I sat in the outdoor free concert on the beach with my Mum, Florrie and Tate, whilst the others all stood for hours and watched the show from inside the outdoor arena. 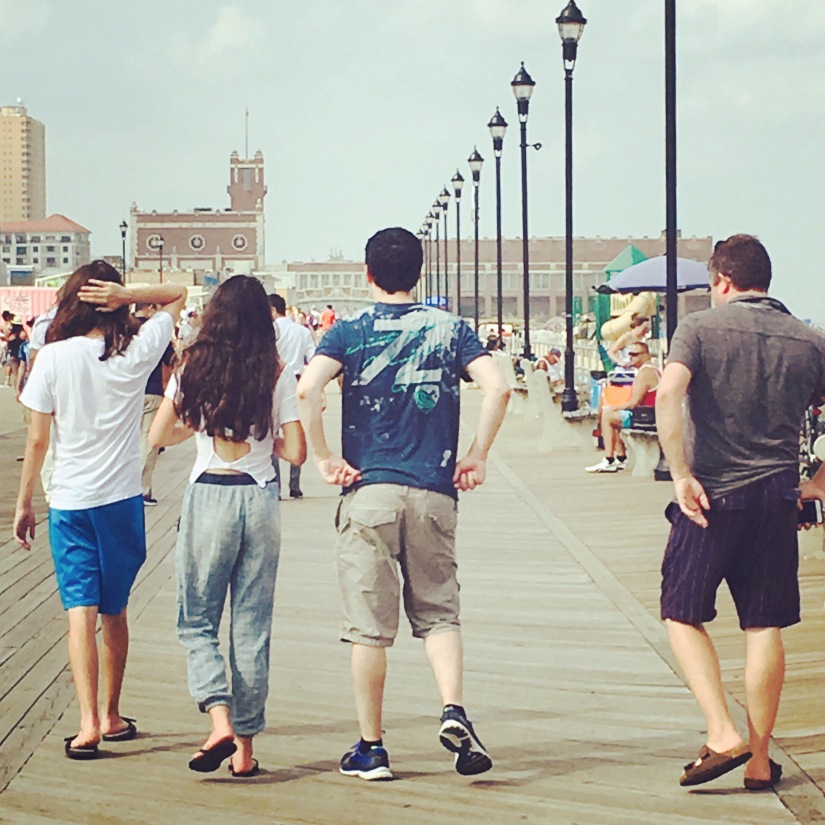 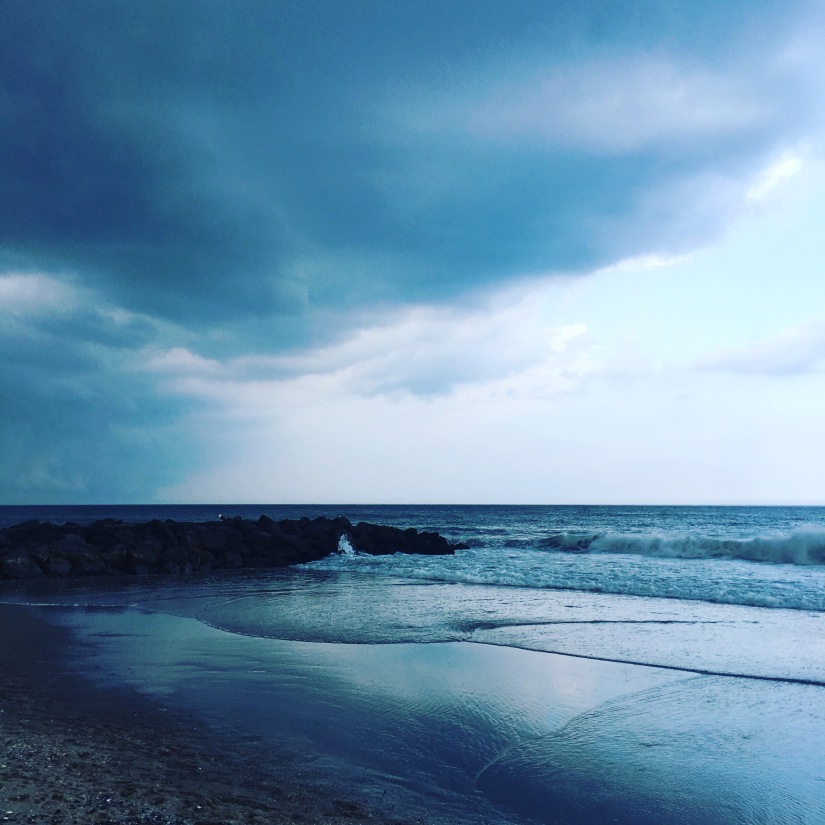 The last part of the Summer has been quiet for us, lots of swimming in the pool, eating Rita’s custard ice happiness, Florence’s absolute favorite, soccer practice, dinners with friends, contractors coming and going, trips to IKEA for kitchen parts, family BBQ and prosecco time on the deck, the Great British Bake Off on a Sunday evening, shopping with Dom for vacation clothes, including lunch at the Cheesecake Factory, Moms Taxi rides and let’s not forget the Sunflower Maze, a family tradition for us year after year, we love the sunflowers and getting lost in the maze, it’s always so hot in there so of course after numerous photos being taken I bribe Florrie with ice cream for just a few more shots, it works and I snap a few more before we buy sunflowers to take home and head off in the direction of something cooler.

…And that was our Summer 2016, almost over for another year, just a few more things to do on this holiday weekend. ✨ 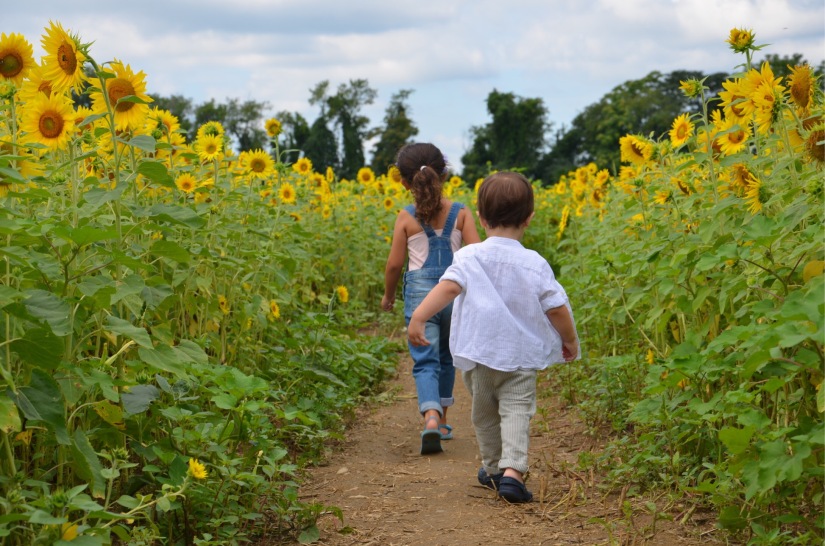 Days of our lives